This year's Summer Camp, held jointly with the 1st Kidderminster Company, was a canvas camp at Trearddur Bay in Anglesey, North Wales. It was open to any Boy aged 10 or over from the Junior Section, Company Section or Seniors.

After those of us taking part from 1st Lye arrived at Milton Hall, we departed Kidderminster before 8:00am. Our journey to Anglesey was a smooth one and involved a stop off at Corwen, which our Company has often stopped at when travelling to Llandudno for past Spring Camps. 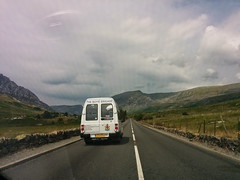 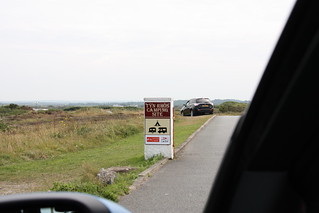 We arrived at the Tŷn Rhôs camping site in Trearddur Bay around midday. The weather on the day was particularly hot, but we have the entire Camp set up in about 2 hours - including 6 blue Boys’ tents, the mess tent, cookhouse and Staff tent (a former mess tent).

A little later in the afternoon some of the Boys and Staff headed to the small beach which was within walking distance of the campsite, and spent a short time there before we were sent back by one of the few spots of rain to find us all but the last days of Camp.

Following breakfast and tent inspection, the Boys were ready in uniform on the Sunday morning. We then headed to Holyhead to join the English Baptist Church there for morning worship. 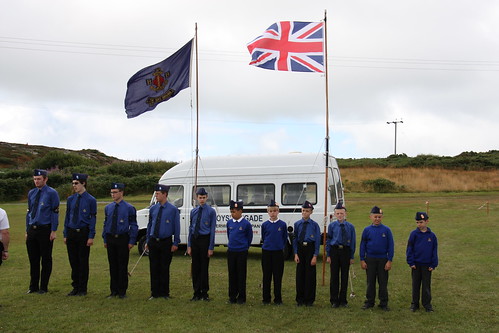 That afternoon we headed to the main beach in Trearddur Bay, where much of the afternoon was spent.

On the Monday morning we headed to South Stack Lighthouse and down its windy path. 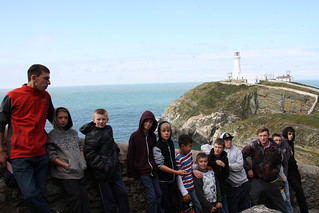 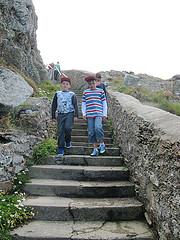 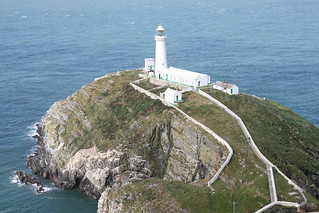 In the afternoon we headed over to the source of the aircraft that had been occasionally flying over our campsite, RAF Valley. From two different points outside the station, we were able to able to what a number of aircraft taking off and landing, including Sea King search-and-rescue helicopter, other helicopters and various jets. Meanwhile some of the younger Boys also spent some time on the beach next to which the station resides. 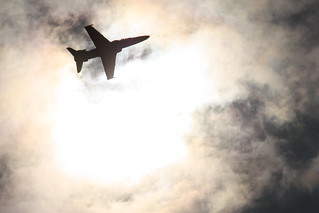 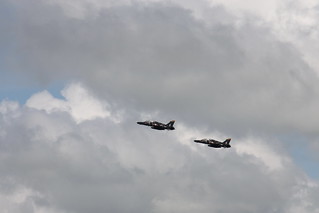 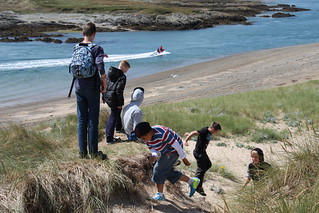 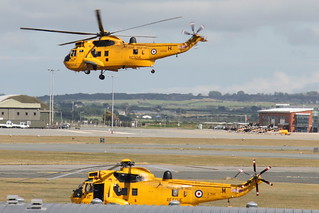 We headed east across Anglesey on the Tuesday morning to visit Beaumaris Castle, where the Boys were able to explore the ruins of the 14th century castle. 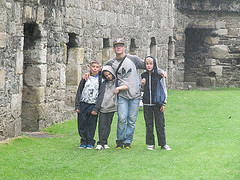 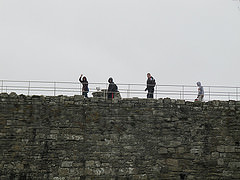 In the afternoon we visited Llanfairpwllgwyngyllgogerychwyrndrobwllllantysiliogogogoch, the fame of this village being evidently in its name. 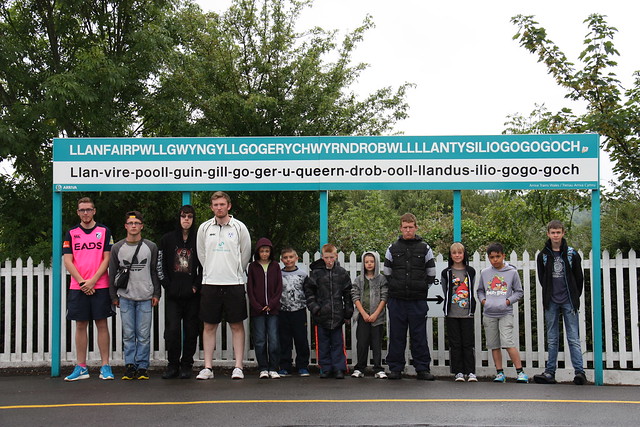 On the Wednesday morning we headed to Colwyn Bay to visit the Welsh Mountain Zoo, where we spent much of the day. 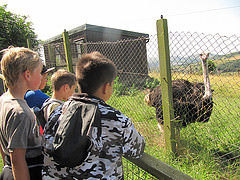 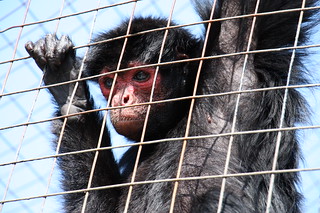 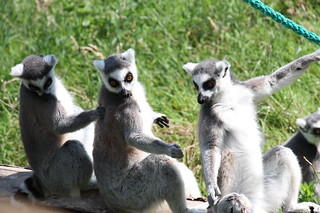 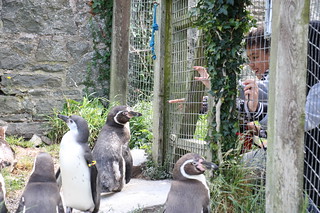 We headed to Amlwch on the Thursday morning to visit the Copper Kingdom Centre, a museum which told the story of how the small area was at one point the busiest centre for copper mining and production in the world. After visiting the Centre, we headed to Parys Mountain - part of the wider Copper Kingdom - which was the original mining area. 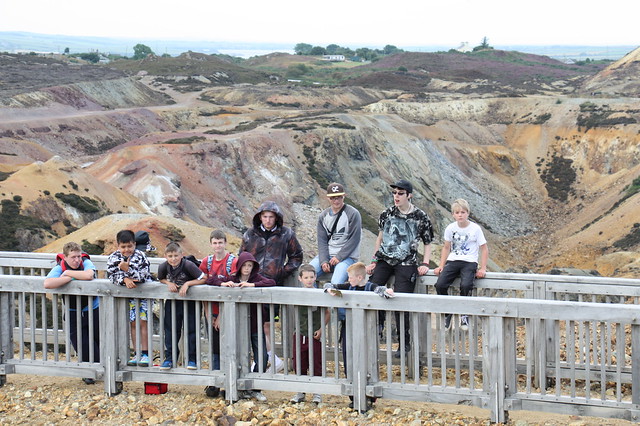 In the afternoon we headed to another beach on Anglesey, Porth Dafarch Beach, where we spent the remainder of the afternoon and early evening.

On the Friday the Boys had the chance to spend their remaining pocket money from the Camp bank at a supermarket near Holyhead. We then headed to Holyhead RNLI Lifeboat Station, where the Boys had a chance to see find out about the work of the Institution and see two lifeboats, including an Inshore Lifeboat (ILB) and an All-weather Lifeboat (ALB); we were taken on-board the ALB (RNLB Christopher Pearce) where the Boys could see some of the ships equipment up-close. 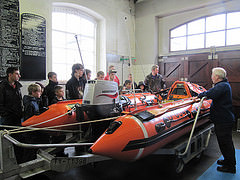 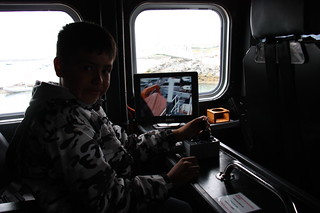 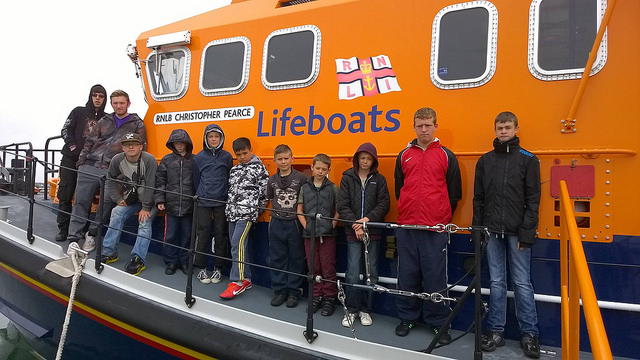 In the evening the evening we had fish & chips for dinner in Holyhead, and after that went to the town’s cinema to watch Rise of the Planet of the Apes.

We were up early on the final morning to get everything packed away. In stark contrast to the previous Saturday, we had quite heavy rain starting from the early morning - which is never helpful when packing up canvas tents. Thankfully the rain did pass shortly before we began taking down tents, and we were able to depart Anglesey on schedule. The journey back the midlands was once again a smooth one; there were quite a few tired faces, but overall everyone had had a good Camp - for a number of Boys it was their first canvas Camp.

Click the play button below to see a slideshow of photos taken by Mr Graham Knight.

Click the play button below to see a slideshow of photos taken by Mr Robert Parker.