Our Easter Camp this year, held jointly with our friends of the 1st Kidderminster Company, took place at the ever-popular Coopers Mill in the Wyre Forest. Open to the Juniors, Company Section and Seniors, it ran over the extended weekend of Friday 18th until Tuesday 22nd April. 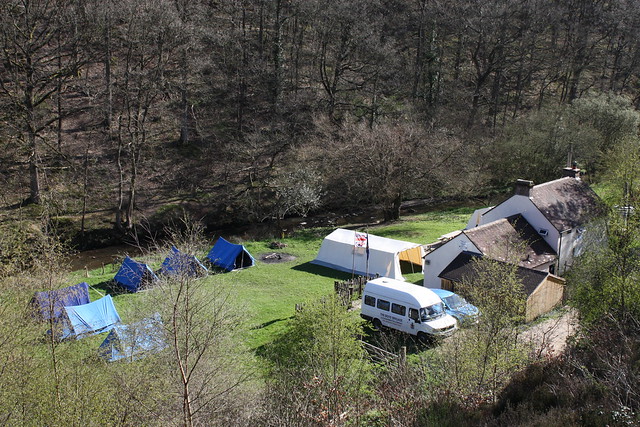 13 Boys slept in tents (many for their first time) and 2 inside the Mill Cottage. The weather was good to us with sun for much of the Camp.

An Advance Party of Seniors and Staff headed to the Mill on the Thursday morning. They spent the day setting up tents and the rest of Camp, before getting fish & chips from Bewdley in the evening.

Just after midday on the Friday our Boys were picked-up from Lye and brought to the Mill, and those from 1st Kidderminster a short while thereafter. Once everyone was unpacked, most of the afternoon and evening was spent playing various games around the forest. 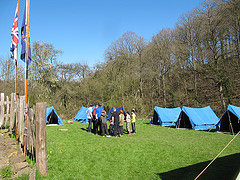 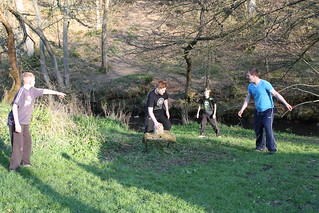 After dinner and some more games, the first night's Devotions was held on the topic of forgiveness.

This was the first full day of Camp for most of the Boys, and was mostly spent playing a variety of games (such as 'zombies', tracker and capture-the-flag/glow-stick) in the area surrounding the Mill, as well as going in the brook. 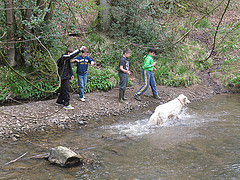 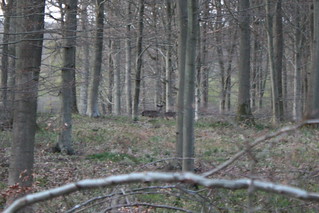 After lunch (which was hot-dogs and burgers) more games were played until the late-afternoon/early-evening, when we went Deer Trekking in woods not too far from the Mill, and were lucky enough to spot around three deer.

Everyone was up a bit early on Sunday. After breakfast and tent inspection, the Boys were fall-in ready to head to the Easter Service at Vernon Hall Free Church in Stourport. The Service was led by Jonathan Salter, with a contribution by David Burt, a sermon by Graham Knight and two of Boys gave readings. 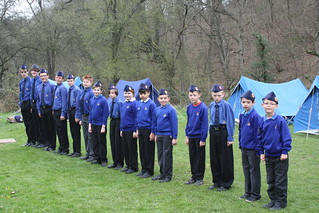 After the Service, and the tradition of the Church giving the Boys creme eggs, we headed back to the Mill. As the afternoon was one of the few wet times of this Camp, most of it was spent on in-door/in-tent activities.

The sun was back on the Monday morning. We headed out to walk to the Wyre Forest Visitor Centre, where we spent a good amount of time before walking back. 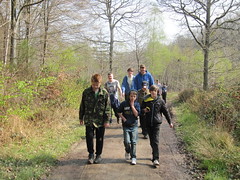 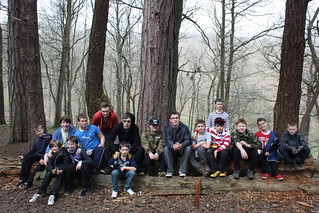 The afternoon was spent playing various games around the forest. A special Devotions that evening was led by the Seniors, with one giving a great contribution.

After a great Camp it was time to pack-up on the Tuesday morning, with our Boys returning to Lye by just after midday, and those from 1st Kidderminster getting home a few hours later.

With the recent news that Birmingham City Council intends to close its Outdoor Learning Service, which operates (but doesn't own) the Mill, by the end of July, there is a possibility this will have been our last Camp there for some time. We're of course hoping that we will be able to return to this unique location, where The Boys' Brigade has been camping for over 40 years; you can read more about this in the 1st Kidderminster Comany's article on the topic on the Kidderminster Shuttle website.

Click the play button below to see a slideshow of photos taken by Rob Parker.