Our Awards Evening for this year took place on Thursday 17th July. It's the time of year when we recognised Boys' achievements, reflected on the past 12 months and looked ahead to the next Session. 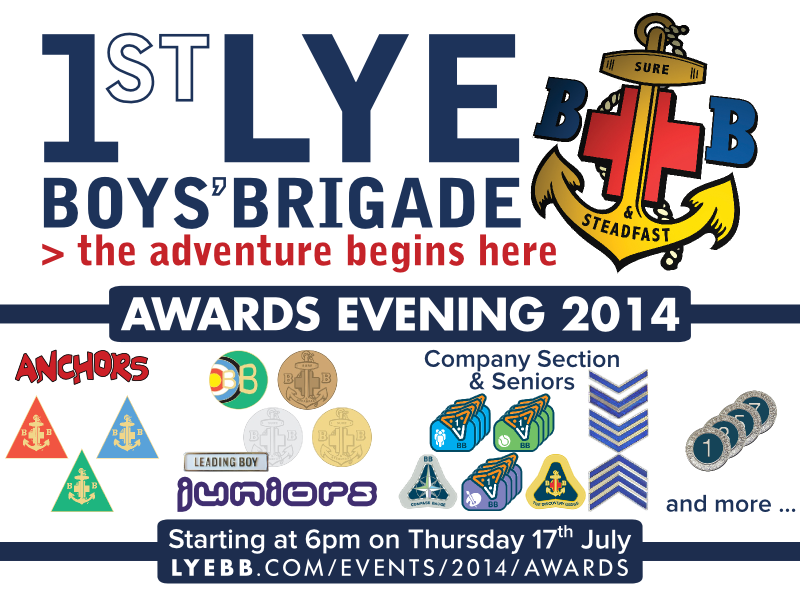 The Service was led by Mr Steve Bentham, Chaplain of our Company and President of the Worcestershire Battalion.

This was the first Awards Evening for five of the Anchor Boys who joined us this year; other Boys received badges for their achievements over the year, with some being promoted to their next Section.

Our oldest Senior, Daniel Pemberton, received his Discharge Certificate recognising his 13 years with us in The Boys' Brigade.

Miss Iliffe Attwood was presented with a special gift from the Company, as she steps down from the end of this Session, recognising her service to our Company and in particular her time as our Acting Captain over the past 5 years.

We were very happy to see a great turnout of Parents, family and Boys, as well as those from the Church. A big thanks goes to those who came along and supported the Company over the past 12 months.

The Evening marked the end of the current Session, and as such we won't holding any weekly meetings until our new Session begins on Thursday 11th September.