From Saturday 2nd till Friday 8th June we returned to the much enjoyed Llandudno, staying at Gloddaeth United Church where we had stayed several times in the past, for our annual spring camp. For some of us this was a return to a great location for a Spring Camp, whilst for others it was their first time at Llandudno.

On the Friday evening before the camp we loaded everyone’s luggage onto the van ready to leave the next morning. Statue in Corwen on the road to Llandudno

We departed in our small convoy of the minibus and van early on Saturday morning, shortly after 8am. The journey to Llandudno took around four hours, with our traditional pit stop at the town of Corwen; we arrived in Llandudno shortly after midday. The afternoon was spent unpacking and playing pool and video games in the Games Room. In the evening we had dinner before later heading into town, with the pier and its arcades proving as popular as ever. The evening was finished with the first of the Diamond Jubilee-themed Devotions led by Graham Knight. 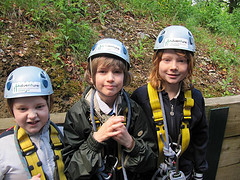 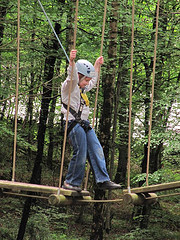 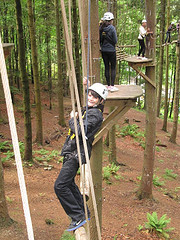 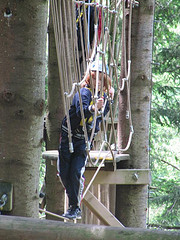 Whilst the weather on Saturday had been dry but fairly overcast, Monday was sunny throughout the day - and it needed to be. Early in the morning we headed to a Tree Top Adventure park in Snowdonia; by late morning we embarked on their high-rope adventure course. This two hour course included over 30 obstacles - including rope bridges and zip wires - strung between tall trees at increases heights above the ground as the hill slopes down throughout the course. The course began with a short circular selection of obstacles to help build-up and test confidence, before the main course. Most of us found the course to be an enjoyable and memorable, if nerve-testing experience. After the course we spent a few more hours on the park’s orienteering course before heading back to Llandudno to spend a few hours around the beach and pier. 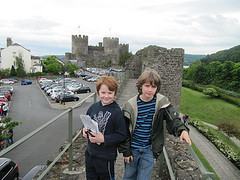 After the prior day’s high-altitude adventures, Tuesday began in a more relaxed way with a visit to the town of Conwy, including its castle walls. In the afternoon we spent a few hours back at Church before heading the the local swimming baths for a few hours. The weather for the morning’s visit to Conwy held up well, only degrading as we were finishing at the swimming baths. 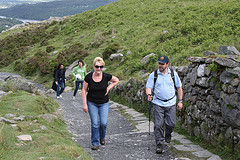 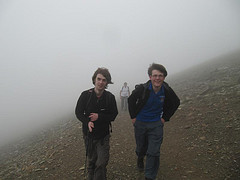 Walking up Snowdon (for some of us)... then at the Summit! 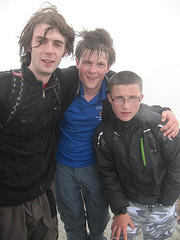 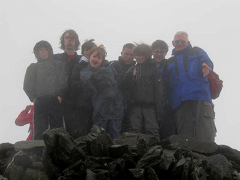 After a more relaxing Tuesday, Wednesday saw a return to action. We headed early in the morning to the foot of the Snowdon mountain, from where five of us began the ascent on foot. In the meantime the rest of the group headed to some local attractions such as the National Slate Museum, before boarding the the Snowdon Mountain Railway in time to meet those of us who’d climbed the mountain on foot. After spending some time on the summit and in the mountain-top cafe (a well-deserved break for those who’d walked up), most of all of us descended the mountain on foot. The weather on the walk up had particularly hot and sunny until we we entered the clouds, although by the time we came to ascend the conditions had got a lot wetter. 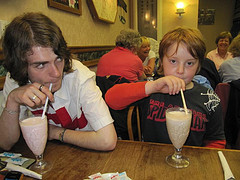 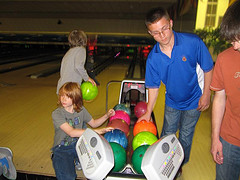 Eating out... followed by Ten-pin Bowling

Thursday began with a well-deserved late start after the last few days activities. The original plan for the day had been to visit a local dry-ski slope centre but as the weather didn’t make this possible, Thursday ultimately became a day of films and bowling. We began by watching the second-half of Star Trek - the 2009 reboot of the franchise - which we’d begun watching on a prior evening. After spending a few more hours in the game room we headed in the early afternoon to a local cinema to see Men in Black 3 - which is certainly a film many of us had been awaiting for many years. From the cinema we headed to a 10-pin bowling centre, where we played two games in six-person teams.

Having begun initial packing on the Thursday evening, we got the van and minibus packed early on the Friday morning, heading out for 10am.

As with other camps each morning the layout of uniforms and sleeping bags was carried out. The winning duty squad will be announced at this year’s Awards Evening.

Click the play button below to see a slideshow of photos taken by myself (Rob Parker).

Click the play button below to see a slideshow of photos taken by James Pemberton.