Founder's Day parade, which celebrates the founding of the Brigade in 1883 by Sir William Alexander Smith, took place on Sunday 7th October. The was particularly poignant after we celebrated the Boys' Brigade's 129th Birthday on the prior Thursday evening.

The parade, which involved Companies from across the Boys' Brigade Worcestershire Battalion and the Girls' Brigade Stour Valley District, took place through the streets of Worcester on a route ending at the Sansome Walk Baptist Church where a service was held, followed by a shorter parade back to where we fell in. 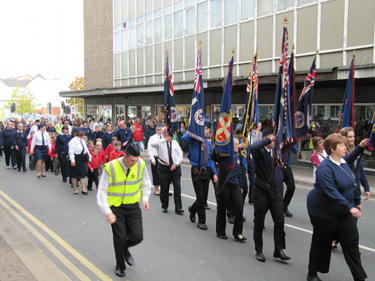 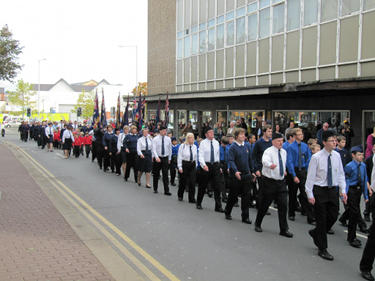 Nine Boys from our Company attended, with Daniel Pemberton carrying the Company colours. Our friends at the 1st Kidderminster Company carried the Battalion Colours and provided the Band. 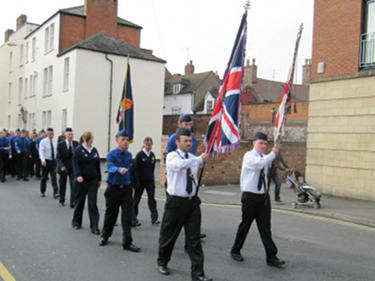 During the Church service, the Batallation's chaplin Dennis Riley was given an award in recognition of his 50 years of serveice to the Brigade and two Girls' Brigade members received their Queen's Awards. These awards were presented by a representitive of the Royal Family who later commended those members of the Battalion who had formed part of the Uniformed organisations greeting the Queen during her Jubilee visit to Worcester.

Click the play button below to see a slideshow of photos taken by Graham Knight, who was with the 1st Kidderminster Company on the day and, as part of that, the Battalion Colour Party.